After suffering an accident injury, many individuals seek chiropractic therapy in Colorado Springs CO to help them recover. Whether it is due to a slip and fall, motor vehicle accident or a crash on your bicycle, studies show whiplash injuries have been on the rise. In this article we will explain exactly what whiplash is, break down the mechanics of whiplash and what may happen to the brain and nervous system throughout a whiplash injury.

To understand whiplash, let’s first look at some basic anatomy and physiology. Your head weighs approximately 8-12 pounds and it is directly connected to a series of spinal bones that only weigh approximately 1-2 ounces a piece. These spinal bones act as the communication bridge between the brain and the rest of the entire body. Within this robust (yet very fragile!) communication bridge, we essentially have electrical wires (nerves) and fuel supply (blood) coursing back and forth between the brain and the body.

Get this – Our brain’s form and texture is analogous to Jell-O. When our head moves during normal human activities, the brain sloshes back and forth just like when a heaping pile of Jell-O is gently placed on the dinner table. A whiplash injury is characterized medically by a coup-countrecoup action. A coup injury occurs under the site of impact with an object, and a contrecoup injury occurs on the side opposite the area that was hit. Coup and contrecoup injuries are associated with cerebral contusions, a type of traumatic brain injury in which the brain is bruised. Let’s break it down – Coup-Countrecoup essentially means that when your head rushes forward, the rest of the body stops moving forward and your head (along with all its precious contents!) is abruptly swung backward. During this aggressive motion, the brain literally gets squished into the front of the cranium and then immediately squished into the back of the cranium. Imagine putting some Jell-O into a Tupperware container and then shaking it back and forth. This action obviously isn’t going to be good for your brain health and may result in brain injuries which could then manifest as brain dysfunction.

So, what happens to the neck during a whiplash injury?

As you remember, the neck, also known as the cervical spine, acts as the bridge between the brain and the body. It carries electrical wires (nerves) and your brain’s fuel source (blood) that is required by the brain to function optimally. The nature of whiplash often fairs terribly for the neck. When your 10 lb. head is violently thrown around, the neck’s responsibility is to stop it. However, if the neck muscles are not strong enough or if the head is moving fast enough, major shifts can become present in the neck. When major shifts happen within this region of the spine, it can obstruct proper function of the fuel supply and wires that connect the brain to the body.

The amazing thing about the human body is that it is designed to heal, and often this process begins almost immediately after suffering from an injury. The problem with whiplash injuries is that the healing components for the brain may be obstructed secondarily to a major shift in the spinal bones. When this happens the regenerative processes of the brain are diminished because it lacks the ingredients for proper healing.

GETTING CHIROPRACTIC CARE AFTER AN AUTO ACCIDENT

As a Foundational Chiropractic office, we see many patients who have suffered from whiplash and brain injuries stemming from several years ago that have simply never healed. Generally, these patients have tried all the normal interventions such as rest, leave of work, medication and physical therapy. All these options are fantastic things for brain injuries; however, these treatments may only be effective if the healing components of the cervical spine and brain are intact and functioning properly. 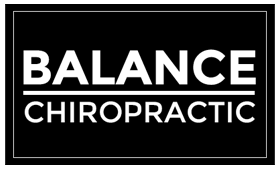 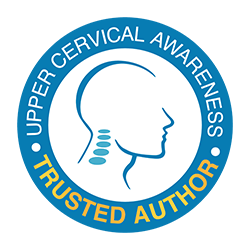 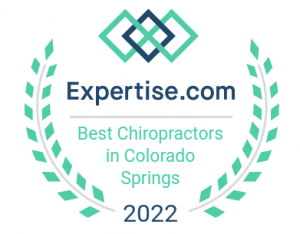